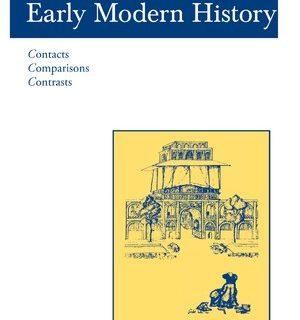 Ines Županov, head researcher in History at the CSH, just published an article on ancient Christians in the actual Kerala and the perception of their community in the debate among Christian scholars at the time of the first Jesuit missions on the Malabar coast.

It was published in the 6th release of the volume 24 of the Journal of Early Modern History (Brill) — in which she also contributed to the introduction — and is available here: https://brill.com/view/journals/jemh/24/6/article-p471_2.xml

Abstract:
The Jesuit mission among the “ancient Christians” on the Malabar coast in today’s Kerala was one of the watershed moments—as I argued a decade ago—in their global expansion in Asia in the sixteenth century, and a prelude to the method of accommodation as it had been theorized and practiced in Asia. In this article I want to emphasize the invocation of comparisons with and the use of Mediterranean antiquity in crafting the identities, memory, and history of Indian Christianity. Jesuit ethnographic descriptions concerning the liturgy, rites, and customs of māppila nasrānikkal, also known as St. Thomas Christians, triggered a series of debates involving various missionaries, Catholic Church authorities in Goa and Rome, as well as Syrian bishops and St. Thomas Christian priestly families. Caught up in the contrary efforts at unifying and homogenizing Christianity under two distinct helms of the Portuguese king and the Roman pope, the missionaries generated different intellectual tools and distinctions, all of which contributed to further jurisdictional struggles. The St. Thomas Christian community became a model of “antique” Christianity for some and a heretical or even idolatrous sect for others. It became a mirror for the divided Christianity in Europe and beyond. In India, it was precisely the vocabulary and the historicizing reasoning that was invested in analyzing and defining these Indian homegrown Christians that would be subsequently applied by comparison, analogy, or contrast to formalize and reify other Indian “religions.” The dating and the autonomous or derivative status of Indian (“pagan”) antiquities emerged, a century later, as a major orientalist problem.