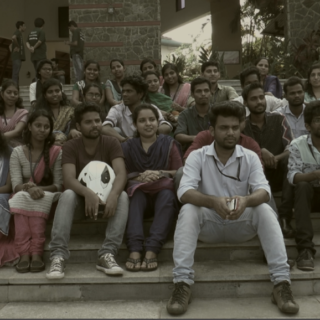 [CSH – ICAS:MP Workshop]
Youth Politics and Projects of Self-Making in the Global South

Youth Politics and Projects of Self-Making in the Global South

Across much of the Global South today, in social movements of the Left and Right, uprisings for democratic freedom, protests around caste and sexual harassment, agitations for employment and education, the participation and leadership of youth stands out. This surge of youth politics, while reminiscent in some ways of the student movements of the late 1960s, speaks to a quite different moment defined by globalized capitalism, authoritarian populism, and mediatized politics. Despite the recent expansion of youth studies, focused attention on how youth make and are, in turn, made by the politics of our times, remains lacking.

This workshop on Youth Politics in the Global South, to be held on November 29-30, 2019 at Delhi, India, aims to bring an ethnographic lens to bear on the cultural politics of young people as they participate in collective action and as they exercise more individualized forms of agency. It examines new subjectivities, grammars of politics, and arenas of contestation. It explores how youth of the Global South have begun to variously insert themselves into the political sphere, and the extent to which their modes of participation signify a potential for political transformation. Recognizing that forms of collective action that involve youth are not all progressive, it also identifies the places and conditions under which youth rally around exclusionary or nativist causes on the one hand, and more inclusive and expansive causes on the other.

The workshop focuses on the following themes:

1. The making of political subjectivities among radical Left, Right, Minority and other youth activists (e.g. Arab Spring, Me Too).

2. Arenas of contestation: the role of social media, the transformation of public space, altered grammar and body language, as youth engage in collective action and projects of self-making.

3. “Extrapolitics” or the fashioning of youth identities in relation to gender, modernity, caste in spheres other than formal politics – in the workplace, at home, through patterns of consumption, sociality and spirituality.