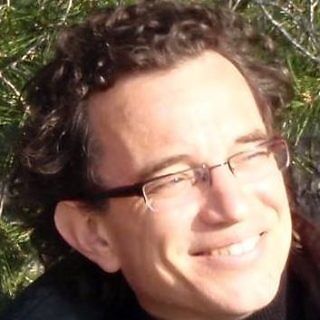 Began working in Paris for the French Ministry of agriculture and the National Institute of Agronomic Research (INRA) on French or European issues (farm bankruptcies, 1992 CAP reform) prior to two long stints in India over eight years, first in Andhra Pradesh for doctoral work (1990-1991), then in New Delhi (1995-2000) as Director and researcher of the Centre de Sciences Humaines (CSH). Returned to France in 2000 to teach economics (ESAP, Toulouse).

Joined CIRAD in 2002 (Montpellier) and CIRED (International Research Centre on Environment and Development, Paris). Has been involved in several international research projects (value sharing in the cocoa-chocolate industry, agricultural greenhouse gases emission/sink, food-biofuel competition in land use). In 2006, began to develop Agribiom, a quantitative tool for analysing the world’s production, trade and use of biomass, in order to undertake collective future scenario-building such as “Agrimonde” (Paillard, Treyer & Dorin, 2011), hybrid models such as the “Nexus Land-Use” (Souty, Dorin & al., 2012) and worldwide analyses on labour productivity and structural transformation (e.g. Dorin 2017).

From 2014 to 2021, came back to India as CSH’s head of “Economics and Development”. Was promoted in 2018 “Chevalier” (Knight) in the Order of Agricultural Merit by the French Minister of Agriculture.