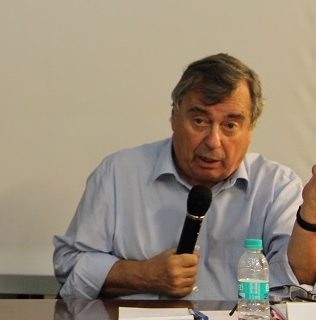 Published in LiveMint on friday 22/05/2015, interview of François Bourguignon on growing inequality and the challenges it poses

François Bourguignon, emeritus professor of economics at the Paris School of Economics, is one of the foremost experts on inequality—something that has become a talking point thanks to the seminal book by Thomas Piketty, coincidentally a colleague of Bourguignon. The former chief economist of the World Bank has just published his own tome—Globalization of Inequality.

The professor, who was in Delhi recently, spoke to Mint on the growing challenges of inequality, both in developing and developed countries.
Edited excerpts:
Why is there a renewed interest in inequality worldwide, both among intellectuals and politicians? Globally, it seems to have taken wing.
This is because inequality has increased over the last 15-20 years in several countries; not just in the US but throughout the developed world. At the same time, the growth rate of those economies is slowing down. There may be no correlation between the two (trends), but the fact is that people feel the impact of inequality in economies that are growing very slowly. Consequently, inequality becomes less easy to bear than if the economy was booming.
If you look at the US—actually quite intriguing—especially the last 30-40 years, you observe that despite an average growth of the economy of about 1-1.5%, the (real) income of the median household showed no growth. And below the median, the income of some has gone down. As economists we have sounded a warning that something is not right here—all the growth cannot accrue only to the top income earners.
So, in the US, it was a wake-up call on inequality and when the politicians started picking up the issue, beginning with (President Barack) Obama, then this became a national issue. It is likely that the next presidential campaign will focus on the inequality issue.
In most successful emerging countries like China, India and Indonesia, too, we observe that inequality has increased a lot. Now, we may think that this is basically an outcome of economic development. This may or may not be (the case). Regardless there are some worrying signs that inequality has increased but it will not go down very easily. (…)