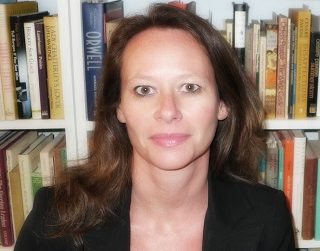 Vanessa Guignery is Professor of contemporary English and Postcolonial Literature at the École Normale Supérieure de Lyon. She is the author of monographs on Julian Barnes, B.S. Johnson, Ben Okri and Jonathan Coe, and the editor or co-editor of some fifteen collections of essays on contemporary British and postcolonial literature. Her research interests focus on issues related to the poetics of voice and silence, hybridity, generic transformations, fragmentation and genetic criticism. She is currently editing a special issue of Études Anglaises on contemporary Nigerian literature and writing a book on Kazuo Ishiguro’s creative process through an analysis of his archives. She is the author of articles on writers from India and Pakistan (Arundhati Roy, Salman Rushdie, Anita Desai, Zulfikar Ghose, Abha Dawesar, Mohsin Hamid) and has conducted interviews with several of them. Since September 2020, she has been on secondment as a research scholar at the CNRS research unit ITEM (Institut des textes et manuscrits modernes) in Paris. Her current project with the CSH consists in interrogating the concepts of victimhood and agency in books focusing on manual workers in Delhi, more specifically Aman Sethi’s literary reportage A Free Man (2011) and Mridula Koshy’s novel Bicycle Dreaming (2016).

Guignery, Vanessa. « ‘Survivors all’: Affirmative Connections in Novels by Julian Barnes and Caryl Phillips. » In The Ethics of Survival in Contemporary Literature and Culture. Eds. Rudolf Freiburg and Gerd Bayer. London: Palgrave Macmillan, 2021. 69-87.