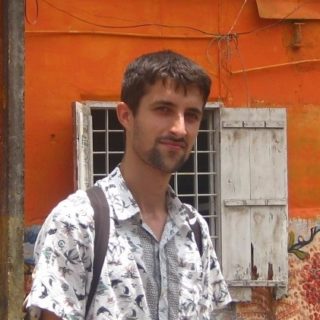 Samuel Benkimoun is a Ph.D. student in Geography at Université Paris 1 Panthéon-Sorbonne (Paris, France), member of the joint research unit Géographies-Cités and of the CSH, where he is also scientific secretary.

As a scientific secretary, he was in charge of assisting the direction with events organization, maintaining the website and CSH’s communication tools (newsletters and social networks) as well as managing its databases (publications, GIS data etc.).

His research interests focus on topics implying geography and health issues, and on spatial analysis methods. His Ph.D. dissertation discusses the potential links the spread of between infectious diseases and some urban dynamics in emerging country metropolises, such as people’s mobility, urban sprawl or neighborhood social disparities. His work mostly relies on a quantitative, GIS-based, modeling approach, with the city of Delhi as main example. Samuel worked on similar issues at the French Agricultural Research Centre for International Development (CIRAD) in Reunion Island, when he wrote a master’s thesis about spatial modeling of vector-borne diseases. Still at CIRAD he then worked on modeling biting-midges population dynamics; and later joined the Paris Urban Planning Agency (Apur) to work on built-up evolution.