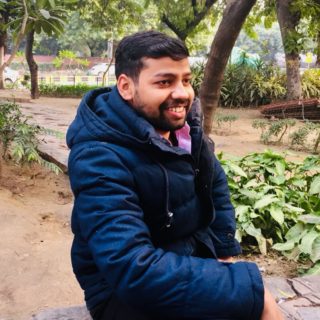 (Research assistant for fieldwork in the CHALLINEQ project)

I did my B.Sc. in multimedia and animation and M.A in drama and film. The topic of my Masters’ thesis was  “ ‘Rasā theory’, and, an anthropological approach to how ‘rasā’ is achieved through drama by an inappropriate prekshakā/ audience.” Case study; Rang-E- Mahaul (a theatre festival), Bihar .’ My other research interests are Indian philosophy and Indian films during 50s. Currently, I am working on a research proposal which involves the study of characters in drama/film through Sāmkhya Philosophy.

I have also been associated with practical theatre and Filmmaking, for which I got rewards several times. I did my drama productions as a playwright and Director. My play ‘Kalki Avtar Pe Mukadama’ won national level drama competition in Jaipur, Rajasthan.

A series of my poetry, got published as a book by ‘Chinmaya Gyanpeeth Publications’, New Delhi.