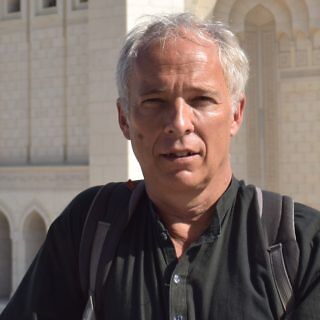 Nicolas Gravel was born on April 21 1964 in Accra (Ghana) as a Canadian citizen. He obtained a Bachelor’s degree in Political Science and economics at the University of Montreal in 1986, a Master’s degree in economics at the same university in 1989, and a Ph. D. in economics at the University of British Columbia in 1993. He has been research fellow at the Université Catholique de Louvain (Belgium), a professor of economics at the University of Sherbrooke (Canada), Maître de conférences at the Université de Cergy Pontoise (France), and, after being ranked 4th at the national French Agrégation exam, became professor of economics first at university Paul Valéry (Montpellier III) and then at Aix-Marseille University (after October 2002). He interrupted on two occasions (2004 -2007 and 2017-2021) his professorship at Aix-Marseille University through a deputation at the French Ministry of foreign affairs where he served respectively as research fellow at, and as director of, CSH.  Nicolas Gravel’s main field of expertise is public economics, broadly defined as the branch of economics that examines the causes and the consequences of public intervention in the economic sphere. His recent research themes include the measurement of inequalities, poverty, and social mobility, the analysis of processes of human group formation, tax competition, contribution to public good and decision under uncertainty. He has published more than fifty research articles on these themes in various journals, including the American Economic Review, International Economic Review, Journal of Mathematical Economics, Games and Economic Behavior, Journal of Public Economics, Economic theory, Journal of Economic Theory, and Social Choice and Welfare. He has also co-edited, with Jean-François Laslier, Marc Fleurbaey and Alain Trannoy, the book “Freedom in Economics: New perspectives in normative analysis” (Routledge 1998). Nicolas Gravel has been also actively involved in the management of research. He has been the director of GREQAM from 2012 to 2017, and has served as an expert on many evaluative boards, including the French HCERES, the Belgium FNRS and the Canadian SSHRCC.

“Is the Preference of the Majority Representative?” (with M. Battacharya), Mathematical Social Sciences, forthcoming (available on line: https://doi.org/10.1016/j.mathsocsci.2021.04.001)