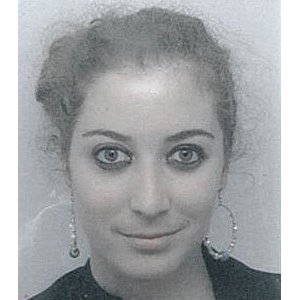 Moane Rosello is a PhD candidate at Centre d’Études et de Recherches Comparatistes from Paris Sorbonne-Nouvelle University (CERC Paris III, France). She just obtained her Master’s Degree in General and Comparative Literature from Paris Sorbonne-Nouvelle University. She also holds an MA in Arts and Languages from University of Maine (France), a post-graduate Diploma in Film and TV production from Asian Institute of Film and Television (UP, India) and a Diploma in Filmmaking (BA) from École Supérieure de Réalisation Audiovisuelle (ESRA Paris, France).

She first focused her research on Children’s Literature in contemporary India, regarding education issues linked to the current situation of Women in Indian society and its impact on the local publishing market and on its young readership. She then explored picturisations of women in Indian global contemporary literary and documentary films productions, especially the role such mediums play in the expression of gender violence. She is currently pursuing her doctoral fieldwork – under the supervision of Claudine Le Blanc – on feminist activism in Indian contemporary literature and independent cinema, in parallel with her activities as CSH scientific secretary.

Furthermore, Moane Rosello has a strong background and knowledge in audiovisual, worked as a production director, assistant director, script supervisor, logistic manager and casting director on a few shortfilms, documentaries and TV series  broadcasted on national channels such as France TV and ARTE France (http://annefrank.arte.tv/fr/). In 2012, she directed L’objection, a shortfilm which highlights the issues of child sexual abuse in family environments, screened in Reunion island, Paris and Noida (https://www.clicanoo.re/Societe/Article/2012/09/08/Regard-cineaste-sur-linceste_219821).