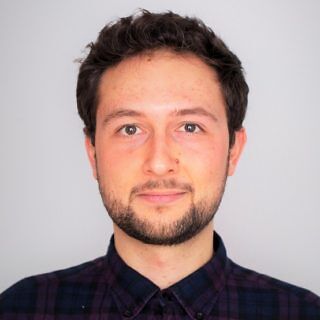 Laurent Glattli is pursuing a PhD at the Department of South Asian Studies, Humboldt University in Berlin since 2019, with support from the Berlin Senate and the German Academic Exchange Service. He is an alumnus of the Institut d’Etudes Politiques de Toulouse, France, where he completed his B.A. in Political Sciences and his M.A. in International Relations in 2015. He then worked for think tanks in Mumbai and in Paris, before joining the French Embassy in India as a project manager for scientific and university cooperation. Laurent is now working on a history of heritage conservation policies in South Asia.

Besides their function as tourist attractions, heritage sites (archaeological ruins, monuments, etc.) also form a vital part of a nation’s identity. Research in the field of Heritage Studies has shown how heritage is closely linked with the concept of the nation. As tangible testimony of the past in the public space, heritage sites allow communities to identify with a common history and common ancestors. Therefore, they are powerful symbols to help build a sense of nationhood, and as such, they are preserved, restored, and promoted as ‘national’ heritage by the State. For the nations of South Asia, born of the decolonisation of the British Empire, promoting national heritage appeared to be one of the ways to unite an extremely diverse population around a set of common symbols.

This PhD project aims to understand how heritage conservation contributed to nation-building efforts in post-independence South Asia, focusing on India as a case study.

The concept of heritage conservation was born in Europe in the late 18th century and imported to the subcontinent by the British. The colonial government created the Archaeological Survey of India (ASI) in 1861 in order to carry out archaeological research and undertake the conservation of buildings designated as monuments. Although the pre-independence history of the ASI has been extensively researched, little has been written on the period after 1947. Of particular interest is the question of the extent to which a ‘Western’ conception of heritage continues to influence conservation policies and practices after independence. This conception, centered on materiality and preserving the monument as if ‘frozen in time,’ at times clashes with South Asian specificities, where vernacular traditions lay emphasis on cyclical reparation and on keeping monuments ‘alive’ through a set of rituals (in particular for religious places).

A historical study of the ASI’s conservation policies and practices after independence will help better understand the symbolic role played by heritage sites in making the nation how to develop its potential as cultural assets.