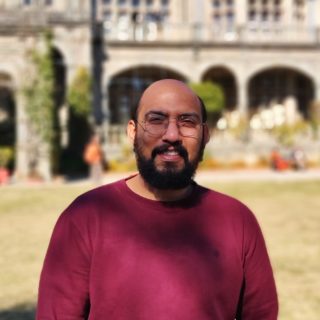 Jonathan Koshy Varghese is a Ph.D. student in the History and Civilizations department of the Centre d’études de l’Inde et de l’Asie du Sud (CEIAS) at the École des hautes études en sciences sociales (EHESS) in Paris. He is currently on a sabbatical from LSR, Delhi University where he has held the position of Assistant Professor since 2015.

His work undertakes the historical reconstruction of the Suriyani Christian identity through a study of the Dutch (VOC) and the English EIC petitions/exchanges with the 19th century Cochin and Travancore Kingdom, and the subsequent legal manifestations of these petitions in the Indian Judicial system of the 20th century. The research involves the study of petitionary practices, memorandums, State surveillance papers, confidential letters, and judicial statements as they were formulated in the late 18th, and through the course of the 19th and the 20th century history of the Suriyani community. The aim of the project is to trace the evolution of the community’s relationship with history and history writing in relation to the Christian missions in Southern India, the economics of trade, rise of nationalistic consciousness and Hindutva politics in India.

“The Littoral and the Non-Literal: The Many Imaginations of the Syrian Christians of Kerala” as part of the SAGSC XVII Conference Reception, Tradition, Canonization: Pasts and Presents in South Asia organised by the University of Chicago, March 5-6, 2020.

“Suriani: Architecture and Narrative” at the Khoja Studies Conference organised by the Florida International University, CEIAS (EHESS) and the University of Mumbai, January 30-31, 2019.