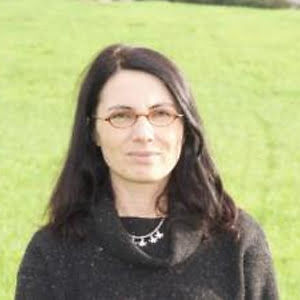 Delphine Thivet holds a PhD in philosophy (Université Paris 1 Panthéon-Sorbonne, 2008) and a PhD in sociology (Ecole des Hautes Etudes en Sciences Sociales, 2015). Drawing on a method of entangled history, her sociological research dealt with the international peasant movement named La Vía Campesina as a case-study. It explored how peasant activists connected themselves beyond national borders, and reconstructed as far as possible the meaning, the variable density of these connections, and their change over time. It was found that this linking process is not limited only to geographic mobility and physical encounters among activists, but that it has also repercussions at discursive and cognitive levels. It further explored the significant work that the activists have accomplished to construct common interpretative schemes, by articulating, extending and unifying pre-existing and isolated problems. The study identified several ways for the farmers’ organizations to set the “international” up as a due cause of mobilization efforts. It finally emphasized the interweaving of local, national and international spheres in the construction of a transnational social movement.

She has been responsible for organizing several conferences and workshops in France. In 2014-2017, she was involved in a collective project research at the French National Institute for Agricultural Research (INRA) funded by the French National Research Agency Projects for science (ANR) on the globalization of food security (SAGE). In 2017, she was a Post-doctoral Researcher at the Center for South Asian Studies (CEIAS) UMR8564 – CNRS/EHESS, taking part in the international on-going collective project research (ANR/DFG) « (New) political representative claims: a global view (France, Germany, Brazil, India, China) » (CLAIMS). She has been working as an Assistant Professor in the Department of Sociology of Bordeaux University since September 2017.

As part of her research activity, she is member of the Centre Émile Durkheim, Comparative Political Science and Sociology – UMR5116 (CNRS (French National Centre for Scientific Research), Sciences Po Bordeaux and Bordeaux University) and organizes monthly seminars on rural and peasant studies at the EHESS, Paris.

Interested in North-South perspective and transnational methodology her research interests focus on food security, sustainable agriculture, urban farming, green policies, both at the national and the international level.

At CSH, her main objectives are to continue to carry out her ongoing research on major economic, social and environmental changes affecting food systems and food security; to carry out her new research on the history of representation of workers and agricultural labourers in the colonial and modern periods.

As a historical and sociological contribution to rural studies, her present research falls within two CSH Research Areas: Economics and Development; Globalization and Regulation.