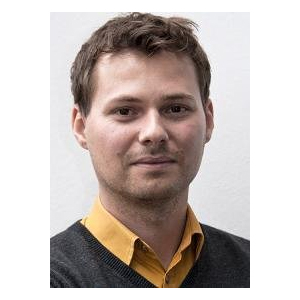 In his dissertation, which was supported by the Centre de Sciences Humaines (CSH) and was distinguished by the 2013 PhD-Thesis Price of the Réseau international de recherche sur les organisations et le développement durable (RIODD), Damien Krichewsky analyzed the rise of CSR in India in relation to growing contention surrounding the country’s ‘pro-business’ development policies. Using both macroscopic observations and in-depth studies in the cement industry, he showed how India’s new political economy has fueled tensions between companies’ new role as ‘engines of development’ and their growing focus on profit maximization. In this context, CSR helps large companies translate development-related expectations such as poverty alleviation, labor welfare, or environmental protection, into parameters of economic risks, and address these risks strategically to shield business opportunities from adverse political dynamics and regulatory constraints.

After a Postdoctoral Fellowship at the Max-Planck Institute for the Study of Societies (Cologne, Germany), Damien Krichewsky joined the FIW in 2014. In a first project, he studied how CSR has also developed within India’s formal regulatory framework, and contributed to redefining the roles of state authorities and private business organizations in the regulation of tensions between profit-making and development goals. Based on a comparative analysis of the policy-making processes underlying the National Voluntary Guidelines on the Social, Environmental and Economic Responsibilities of Business (NVGs) of 2011, and the CSR clause of the Companies Act of 2013, the study shows how the use of CSR as a regulatory instrument ends up partly transferring regulatory and redistributive functions from the state to private companies, with consequences regarding the institutional logics on the basis of which these functions are being performed in society.

Currently, Damien Krichewsky is working on a new research project that investigates how structural features of India’s democracy, such as the political role of caste identities and Hindu nationalism, condition the selective ‘responsiveness’ of Indian politics to ecological problems. The empirical focus of this study is the environmental governance of the river Ganges, which is both a ‘lifeline’ for more than 40% of India’s population and one of the world’s most deteriorated rivers. Based on in-depth studies of the Namami Gange Program and the National River Ganga bill, the project examines whether structural characteristics of India’s political system induce patterns in the way Indian politics selectively construct and process this major ecological challenge.