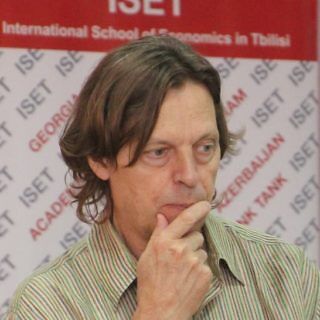 Christophe Z. Guilmoto is a senior fellow in demography at the French Institut de recherche pour le développement (IRD) attached to CEPED research unit in Paris and he has joined the CSH in 2021 to work on the demography of inequalities. In France, he taught at Université Paris Descartes and at EHESS. He was trained in Mathematics and Sociology. From 1983 onward, he then worked at MIDS in Chennai, the IEG in Delhi and the EFEO in Pondicherry and received a PhD in Demography in 1989 at Paris I University for a dissertation on India’s historical demography. He conducted field surveys in Senegal in 1991-94 and researched on international migration. At the turn of the century, he was based at the French Institute of Pondicherry and published mostly on fertility decline in South India.

Over the last decade, his research has focused on prenatal sex selection, starting with India’s and China’s experience. His current work also covers Southeast Asia, the Caucasus and Southeast Europe, with an interest for both theoretical and estimation issues related to these sex imbalances at birth. He has since then organized several conferences, panels and training sessions on the prenatal sex discrimination in France, Georgia, India, Japan, Malaysia, South Korea, Turkey and Vietnam. I have written more than ten monographs on gender-biased sex selection in various countries. Also, he is the author of the first global report on sex imbalances at birth (UNFPA 2012) and recently contributed to the 2020 UNFPA report on Harmful Practices. His last edited book is Demographic Transformation in China, India and Indonesia (with Gavin Jones, Springer 2016) and his recent publications have appeared in Population Studies, Population and Development Review, Population, The Conversation, PlosOne, the JAMA and the Lancet Global Health.