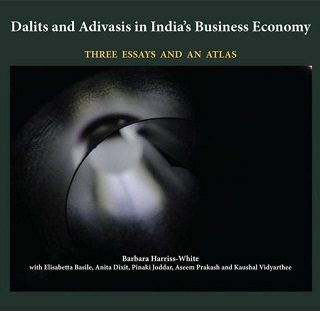 Book review by Mujibur Rehman on: ‘Dalits and Adivasis in India’s Business Economy’ by Barbara Harriss-White

For long, I have realised India’s political economy cannot be explained in conventional sense rooted in Western tradition of analysis of capitalism and socialism. Almost every significant mind of India’s Marxist tradition came from upper caste background, and they failed to realise how pernicious the caste could be; and fell into the trap of class analysis — almost to the extent of not recognising caste at all. Consequently, Marx or Gramsci decisively displaced Ambedkar in the narrative of India’s suffering. In the radical intellectual world, it was more glamorous to be a Marxist than an Ambedkarite; and that romance with Marxism continues. Perhaps, sub-consciously, they became accomplices to what Gopal Guru calls the “silencing of Ambedkar” as much as India’s ruling regimes.

The never-ending debate whether class or caste has more explanatory power that dominated the 20th century remains alive even today. In the post-Mandal era, with the rise of caste-based parties, there is growing evidence that the intellectual wind has been in favour of caste rather than class. Barbara Hariss-White’s path-breaking book, India Working (Cambridge, 2003) shook up the class-inspired tradition of analysis. And it raised a few more questions that inspired further research that led to this book. In a way, it is a rehabilitation of the long-neglected caste factor in India’s political economy. In that sense, it is a pioneering work…