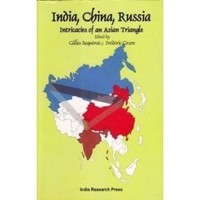 An Asian Triangle bringing together India, China, Russia into a strategic partnership attracted public attention when it was first mooted at the end of the nineties. The East-West, The Sino-Soviet and the Sino-Indian cold wars had receded in popular memory and a triangular equation gained enough credibility to deserve closer examination. The validity of an Asian Triangle remains to be substantiated. Has this geometric figure a life of its own, can it further the cause of multipolarity or is it just a tool for its constituents to improve their standing vis-a-vis the United States in a unipolar world? These are some of the questions in their multifaceted dimensions (historical, geopolitical, economic, strategic) addressed in this book, analyzing the dynamics, the expactations as well as the contradictions inherent to this construct, but keeping in mind that the outcome will have a bearing on the future of the world order.