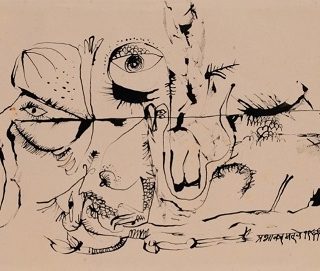 The Centre for Social Sciences and Humanities (CSH),

invites you to a workshop on

“By ‘modernity’ I mean the ephemeral, the fugitive, the contingent which make

up one half of art whose other half is the eternal and the immutable.

Modern India weaves together multiple histories of thought, affect, and art, articulated through practices of consciousness of the political, the law and the social, gender and performances of the body and mind. These dense conceptualizations of the ‘modern’ are crucial to answer the questions of what constitutes ‘modern’ and what is the future envisioning of the ‘modern’? These enquiries are particularly pertinent for the current time that is witness to debates regarding turning to the past to deal with the present and to conceptualize a future; a time that is constantly making sense of the binaries of ‘modern’ and ‘tradition’ as appropriate for a post-colonial society.

This CSH workshop is a discussion on the multiple approaches of being modern in India. We bring in conversation, academics, artists, and professionals, who, informed by their personal and intellectual backgrounds, will share their visions and imaginings of the ‘modern’. The aim is not to arrive at a unified conceptual understanding of the ‘modern’, but the opposite: to open a discussion of the many visions of the modern as articulated through multiple forms of thoughts and expressions.

These explorations will be discussed at four panels, each presenting a distinctive theme: conceptual understandings, legal thought and practice, gender dynamics, and visual and performing arts. The panels will focus on genealogies of thought, social movements, everyday experiences and temporality of inequalities, gender based identities, legal rights, and the use of arts as a space for articulation, to understand the ‘modern’ of/in contemporary India.