What constitutes a convincing expression of political connect, relatedness and commonness? Using text analysis and mining to explore Narendra Modi’s radio show Mann ki baat, the presentation suggests that the answer lies in the overlapping lexical-cum-stylistic realm of India’s current Prime Minister and another set of audience-pullers: spiritual gurus. The contribution highlights how Modi’s Mann ki baats share with contemporary godmen stylistic and rhetorical recipes to theatralize connect with the putative people. Mann ki baats portray him as a counsellor that is directly accessible, warm and culturally relatable, legitimizing in fine a populist form of political representation. The argument relies on a text analysis of seven types of Modi addresses in the context of the broader realm of political or para-political public interventions in India since the end of the 19th century. It uses as a departure point the DIPS – the Database of Indian Political Speeches, – an emerging archival repository of more than 130 million words retracing the discursive and ideological history of the country, moulded by the agency of its Prime Ministers, various administrations, historical figures, legislators, party ideologues and media-savvy gurus. 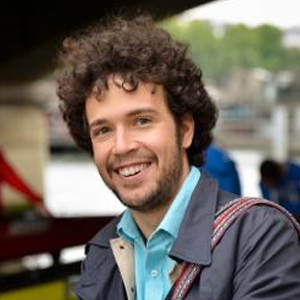 Jean-Thomas Martelli is Head Researcher at the Centre de Sciences Humaines (CSH) in New Delhi. He was previously postdoctoral fellow at the Centre for International Studies and Research (CERI) at Sciences Po Paris, France. His scholarship in political science and political sociology focuses predominantly on generational politics in the Indian context… continue reading