The Centre de Sciences Humaines (CSH) is pleased to invite you to a Seminar session (n°10) on:

Preliminary results of a prosopographical study of Muslim elites in India

Since India’s independence, speaking in the name of Muslims has been a source of tension. The trauma of Partition made demands based on religious terms illegitimate. Yet, as the hold of the Congress party over Indian politics started to weaken in the 1960s, Muslims groups reorganized to represent the “community” on specific issues—communal riots, the place of Urdu, and the defence of the Muslim civil code. As a result, new umbrella organizations were established: the All-India Muslim Majlis-e Mushawarat in 1964 and the All-India Muslim Personal Law Board in 1972. Older organizations—the Jamaat-e Islami, the Jamiat-ul Ulama-e Hind, and the Muslim League—continued to exist, but when it came to voting, Muslims remained largely faithful to the Congress Party. From the 1980s, shifts in the broader political and socio-economic context also affected Muslims in India. On the one hand, the rise of Hindutva politics made Muslims a target constantly suspected of lacking sufficient patriotic feelings. Muslim support shifted from the Congress Party to regional parties, in particular in UP and Bihar where parties representing the lower castes (SCs and OBCs) successfully sought the Muslim vote to defeat national parties, the INC and the BJP. On the other hand, contestation also came from within Muslims, as groups claiming to speak in the name of lower Muslim castes—the Pasmanda movements—started questioning the capacity of the leadership—overwhelmingly of higher, or ashraf, extraction—to represent them.

This presentation will introduce partial results of an ongoing study on Muslim elites, which seeks to understand the dynamics of Muslim representation in India. How did Muslim elites react and adapt to the post-independence context and later to the Pasmanda contestation? How did Muslim leaders perpetuate the vision of a single Muslim “community”? By collecting biographies of the leaders of about 15 organizations that play a leading role in speaking in the name of Muslims in India, this project aims to highlight patterns and networks within the “Muslim leadership”—notably, but not exclusively, concerning the importance of ascriptive characteristics such as caste (biradari, zat). We seek to understand how patterns in the profile of leaders may account for the formation of networks, and therefore explain the continuing hold of Ashraf groups over positions of power in organizations that claim to represent Muslims. 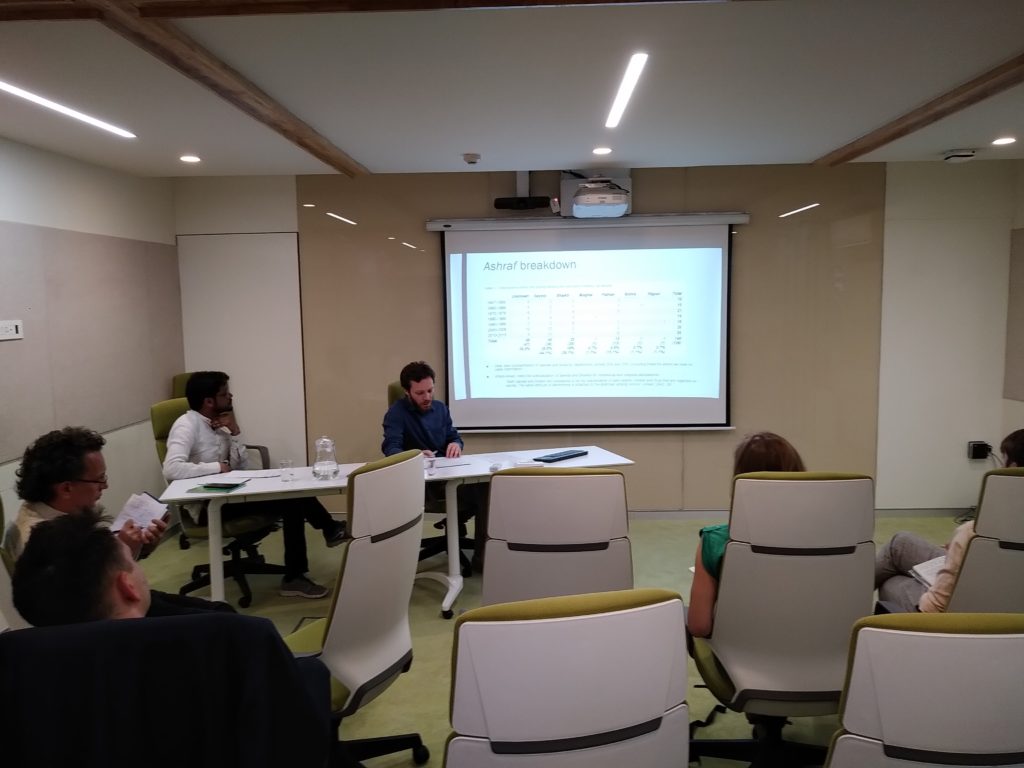