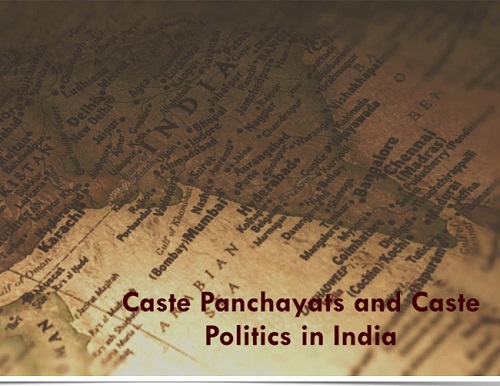 To get priority access in case of large affluence, kindly register to:
neeru[dot]gohar[at]csh-delhi[dot]com

My first encounter with these panchayats was in 2014 when I attended a conference at Mahad in Western Maharashtra while working with the Government’s Department of Social Justice. As I spoke to more and more people punished by caste panchayats – a pattern seemed to emerge. A vast majority of the cases of enforced loyalty of caste through panchayats came from caste groups that belonged to castes which seemed to be beneficiaries of what Christophe Jaffrelot has called “the silent revolution”. These were politically active castes that had benefited from the post Mandal caste-based democratization. This led me to ask the following question:

In more theoretical terms, how does one understand the relationship between caste-based political empowerment on the one hand and the absence of annihilation of undemocratic aspects of caste on the other?

My work on caste panchayats tries to answer these questions by interrogating the relation of caste to politics, and in general, to the claims of Indian political modernity.

Dr. Anagha Ingole teaches in the Department of Political Science at the University of Hyderabad. She has studied at JNU, New Delhi and has been a Fulbright Postdoctoral Research Fellow at Columbia University, New York. She is the author of a forthcoming book titled Caste Panchayats and Caste Politics in India published with Palgrave Macmillan.