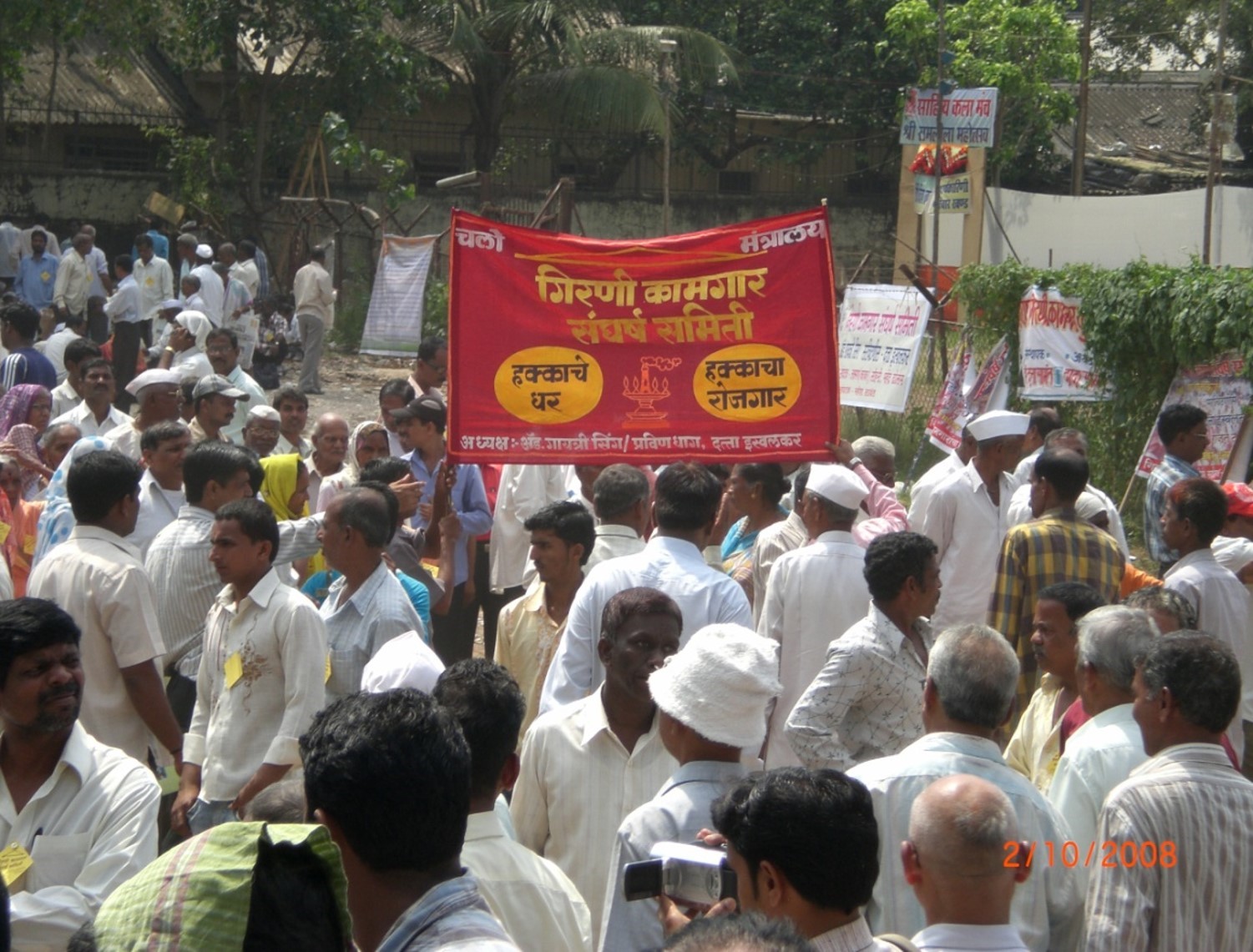 Abstract: Housing the urban poor and the working classes is a globally contentious issue. Since the 1980s, as the state began withdrawing from the social sectors under the neo-liberal dispensations, it had negative implications for the housing initiatives led by the state. The closure of large-scale manufacturing industries, which resulted in the massive retrenchment of the workforce further deepened the housing crisis. The industrial closures since late 1980s in major Indian cities saw the already marginalised space for labour politics shrinking further as traditional workers’ unions became non-functional. While Mumbai too witnessed similar developments, the city’s ex-millworkers re-organised on the rehabilitation question, i.e., housing and alternative employment. Of the total 80,000 workers, about 12,000 ex-millworkers have so far benefited from the subsidised housing allocated by the state.

What factors explain the re-organisation of ex-millworkers on the housing question in post-industrial Mumbai? What conditions enabled Mumbai’s ex-millworkers in the realisation of their entitlements? Why did the neo-liberal Indian state make minimal welfare provisions for the ex-millworkers? These questions are engaged with, using the minutes of the ‘Monitoring Committee’ meetings that took place every month between January 2002 and June 2018. The Monitoring Committee was established to oversee the sale and redevelopment of the textile mill lands and investigate workers’ grievances regarding dues, alternative employment and housing. In addition, in-depth and semi-structured interviews with ex-millworkers, trade union leaders, social and political activists are also used. It is demonstrated that the neo-liberal state can intervene in favour of capital in a non-coercive manner as well as devise minimal welfare policies for the working classes. The state addresses the demands of the working classes as their mobilisation has implications for electoral politics. Capital too reluctantly concedes, in order to avoid the delay in accruing profits from real estate developments.

Sumeet Mhaskar is Associate Professor and Associate Dean (Student Affairs) at the Jindal School of Government and Public Policy, O. P. Jindal Global University. He is also a Research Partner at the Max Planck Institute for the Study of Religious and Ethnic Diversity. Prof. Mhaskar has previously held positions at the Center for South Asia, Stanford University, Centre for Modern Indian Studies (CeMIS), University of Göttingen, Alexander von Humboldt Foundation, and International Centre for Development and Decent Work at Kassel University. His research explores the multifaceted vulnerabilities  of workers’ experiences at the lower end of India’s ‘rising economy’. While he occasionally writes opinion pieces, most of his writings have been published in peer-reviewed journals, and in edited books.  Prof. Mhaskar received his PhD in Sociology from the University of Oxford, and MA and MPhil degrees in Political Science from Jawaharlal Nehru University, New Delhi.