A Prehistory in Three Chapters

The session will be online via Zoom. To register, kindly fill This Form

The session will also be live-streamed on the CPR Facebook page.

About the Talk
Master plans for modern cities have a way of consolidating their own authority by the use of ‘masterful’ terminology. In doing so they seek, quite directly, to render irrelevant the nuisances of the local, the historical and the specific. Each plan, however, is a fragile intervention in the dense fabric of actually existing cities. How may we trace these dynamics in the case of Delhi and its first master plan? The talk attempts to fashion a prehistory for the MPD’62 by thumb-tacking three significant dates separated by a decade each – 1939, 1949 and 1959. Each of these dates is imbricated in the material and symbolic production of Delhi before the MPD’62 published the city’s authoritative birthdate and biography. Not all of these dates pertain to the urban, however, as the talk hopes to show, firmly tying the prehistory of the MPD’62 to the simultaneous production of the rural, the regional and the national in the contested construction of urban Delhi.
About the Speaker: 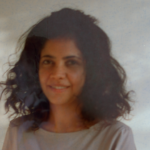 Sunalini Kumar is an Associate Professor at the School of Global Affairs, Ambedkar University Delhi. She was educated at Delhi University, JNU and Cambridge University. She has previously been Visiting Fellow at CSDS, Delhi and Fulbright Nehru Postdoctoral Fellow at MESAAS, Columbia University. Sunalini’s research interests centre around urban and regional politics; gender and political theory; and the global south. Her publications are included in Critical Studies in Politics: Sites, Selves, Power (Delhi, Orient Blackswan 2013) and Urbanising Citizenship (Delhi, London and Thousand Oaks, Sage 2013). She is a contributing member of the widely read blog www.kafila.org.

This is the hundred and forty second in a series of Urban Workshops planned by the Centre de Sciences Humaines (CSH), New Delhi and Centre for Policy Research (CPR). These workshops seek to provoke public discussion on issues relating to the development of the city and try to address all its facets including its administration, culture, economy, society and politics.

For further information, please contact: Aprajita Sarcar of CSH at aprajita[dot]sarcar[at]csh-delhi[dot]com, Mukta Naik at mukta[at]cprindia[dot]org or Marie-Hélène Zerah at marie[hyphen]helene[dot]zerah[at]ird[dot]fr.