The session will be online via Zoom. To register, kindly fill this form 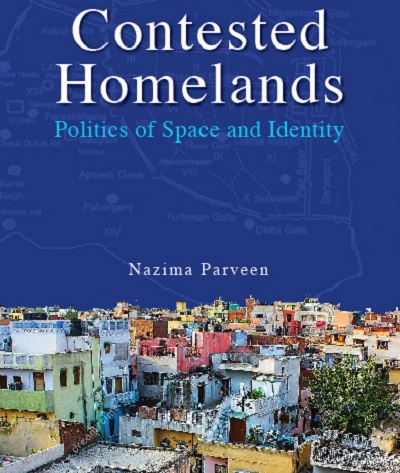 In this talk, the author presents key concepts from her book ‘Contested Homelands: Politics of Space and Identity’. The book argues that ‘Muslim localities’ are discursively constituted political entities, which may or may not correspond to the actual demographic configuration of any administrative urban unit. However, they continue to determine the various actual manifestations of the ideas of homeland. Questioning the conceptualisation of ‘Muslim ilaqe’ as ‘given’, ‘objective’, ‘homogenous’ and ‘permanent’ category, the study has endeavoured to unfold the layers of this discursively constituted community-space relation by focusing on certain specific periods and themes. It invokes the ideas of homeland as a useful vantage point to enter into the wider discourse around the conceptualisation of space. It suggests that Muslim ilaqe turned out to be those pockets where the dominant ideas of the nation had to be engineered, materialised, and practiced in colonial and postcolonial north India. 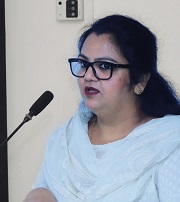 Nazima Parveen offers consultation with a critical perspective on a number of politically relevant issues in India. The focus of her work has been the rights of ethnic and religious minorities, communalisation of space, and the politics of urban transformation in colonial and postcolonial South Asia. Parveen completed her Ph.D. from Victoria University of Wellington, New Zealand. She has worked as an assistant professor at Jamia Millia Islamia, New Delhi. Parveen has also worked in the UK, India, and Nepal on different government- and EU-funded research programs since 2002. She was the recipient of the ICSSR post-doctoral fellowship 2018, Royal Society of New Zealand Doctoral Scholarship 2013–2016, ICSSR-CSDS Doctoral Fellowship Programme 2010–2012, and ASIA Fellows Awards 2008–2009. She also writes opinion pieces on current affairs for digital news portals.

This is the hundred and thirty-sixth in a series of Urban Workshops planned by the Centre de Sciences Humaines (CSH), New Delhi and Centre for Policy Research (CPR). These workshops seek to provoke public discussion on issues relating to the development of the city and try to address all its facets including its administration, culture, economy, society and politics. For further information, please contact: Aprajita Sarcar of CSH at aprajita[dot]sarcar[at]csh-delhi[dot]com, Mukta Naik at mukta[at]cprindia[dot]org or Marie-Hélène Zerah at marie[hyphen]helene[dot]zerah[at]ird[dot]fr.