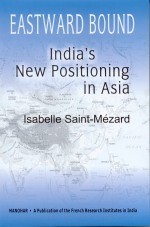 A long historical perspective would probably describe India as a country that has always been at the very centre of things in Asia. An ancient cultural matrix of Asian civilizations, India had close interactions with its eastern neighbours through centuries and was deeply involved in the pan-Asianist and decolonization movements during the first part of the 20th century. Nevertheless, by the early 1990s, India found itself so estranged from its eastern neighbourhood that it had to formulate a proactive policy to return to the Asian fold. A Look East policy was thus officially launched as a deliberate attempt on India’s part to emulate the ‘Asian Miracle’ and to associate itself with East Asia, a region that stood as one of the most dynamic in the world.

In this volume, Isabelle Saint-Mézard analyses the Look East policy in a comprehensive way, stringing together its various developments and nuances over one decade and a half. Her focus is on the politico-economic dynamics of the policy. At the same time, she acknowledges the multifaceted nature of the Look East policy and underlines its ideological and cultural dimensions, as well as its security-related aspects. Shifting in perspectives, her study also shows how countries and regional organizations in East Asia have responded to India’s opening up. The repercussions of the 1997 financial crisis on the multidimensional rapprochement between India and East Asia have also been analysed.

The study proceeds to evaluate the results of the policy. The Look East policy has no doubt stimulated economic, political, institutional and strategic ties with East Asia, and more importantly India has increasingly identified itself with Asia. Thus, the author shows that the Look East policy has become a major dimension of India’s new external relations with the post-Cold War era. One of the most remarkable features of this policy is that it has been cleverly pursued in congruence with trends in regionalization and that it has helped India to reposition itself as a major player in Asia.

1. India’s Look East Policy
1.1. An Outcome of India’s Economic Liberalization
1.2. East Asian States’ Interest in India’s Overtures
1.3. The Impetus for the Look East Policy: Catching up with the Regionalization of the World

6. Cultural and Religious Links
6.1. The Indian Civilization on the Periphery of the ‘New Asia’
6.2. India as a Minor Source of Inspiration for Asianism

7. Harmonizing the Strategic Environment
7.1. Changes in the ASEAN’s Perceptions
7.2. An Indian Counterweight to China’s Might?

9. India’s Nuclearization and the Changed Security Dynamics
9.1. The Repercussions of India’s Nuclear Tests in Asia
9.2. Towards a Concert of Powers in Asia?