Urbanism at Water’s Edge: The Fluid Histories of Property in Calcutta 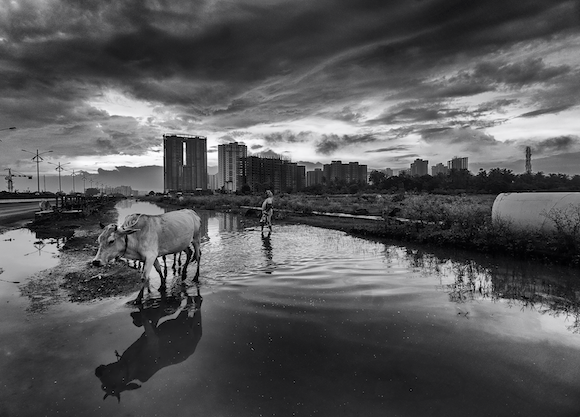 Water is overwhelming life in coastal and riverine cities across many parts of the world. We are responding in multiple ways: by fortifying the coasts, draining and pushing water out of lands, and sometimes making room for river in our constant struggle to remain dry. Each of these responses are situated in deep colonial history. Taking the example of the growth and settlement of Calcutta in the swamps of Bengal, this talk will explore how we came to inhabit land-making and land-reclamation as urbanisation through the nineteenth century.

I will draw upon my recently published book Empire and Ecology in the Bengal Delta: The Making of Calcutta (CUP 2018) to decenter debates around colonial-epidemiological urbanisation. Instead, I argue that property itself operated as a technology of drying. I will follow the journey of the swamps and marshes as they move from the colonial courtroom in the late 18th-century, through the nineteenth-century engineer’s desk and finally the land speculator’s grasp in the twentieth and twenty-first century. Using a couple of case studies beginning from 1770s to 1860’s I show how property and its many instantiations in law and economy became a tool for transforming the landscape and waterbodies surrounding Calcutta.

I conclude by reflecting on the other histories of property we might be able to write from an archive of Bengal’s fluid landscapes; and how we might reconstruct a longer history of speculation (ecological and economic) in Calcutta’s property market.

Debjani Bhattacharyya is an associate professor of history at Drexel University and the author of Empire and Ecology in the Bengal Delta: The Making of Calcutta (Cambridge University Press 2018) which received the Honorable Mention for the Best Book in Non-North American Urban History 2019. Most recently she was the Shelby Cullom Davis Center Fellow at Princeton University where she began work on her second book Monsoon Landscapes: Law and Climate Science in the Bay of Bengal.